Never heard of dengue? Unfortunately, that may not be true for too much longer. Dengue is considered a tropical and subtropical disease, which can cause such agonizing joint and muscle pain that it has earned the nickname breakbone fever. In rare cases, it can develop into the potentially deadly dengue hemorrhagic fever, which can cause a patient to lose blood through vomiting, their feces and urine. And even when dengue doesn't kill them, some patients have said the pain is so bad that they wished they had died while suffering with the disease. So if this is a tropical and subtropical disease, why should you worry if you live in the continental United States?

They are known as Aedes aegypti and Aedes albopictus, and these mosquito species can carry and transmit dengue. But it isn't just dengue that Aedes aegypti and albopictus carry. They also carry chikungunya, which is very similar to dengue, Zika and yellow fever. Aedes aegypti has, in fact, earned the nickname, "yellow fever mosquito." Originally from Africa, this mosquito has easily noticeable white markings on its legs. Aedes albopictus, which is commonly referred to as the Asian tiger mosquito, originally came from -- as its nickname suggests -- Asia.

The two species have been in the United States for many years, and are common in warmer regions of the United States, such as Florida and along the Gulf coast of Texas. But with the climate warming up, these two mosquito species are finding more states to their liking. In fact, according to The Independent, Aedes albopictus and aegypti may soon spread to approximately 75 percent of the United States -- and with them come these terrible diseases that once were confined to more tropical settings.

So What Can You Do?

As these mosquito species try to move into new areas of the United States, it's important to do your part to stop their march northwards by:

Dengue is a very serious disease -- one that you'll want to avoid if at all possible. In addition to mosquito control, you should also consider wearing long sleeves and pants whenever you are outdoors. For more information or assistance, contact companies like Houston Misting. 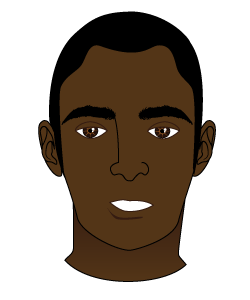 After I purchased my first place, I could tell that there were a few issues that I needed to pin down. First and foremost, the house had a few different sections that needed to be completely renovated, so I started working hard to fix things one thing at a time. Second, the yard was overgrown and unsightly, so I started focusing on weeding carefully each and every day. It was really difficult work, but within a few short months, the house really felt like a home. Check out this blog for great information about creating a lovely home you will cherish forever.